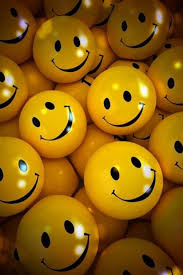 I was very pleased to see Paulie’s Passover Predicament get an enthusiastic shout-out in a column by Penny Schwartz called “Six New Children’s Books that are Perfect for Passover” on Reform Judaism.org

Read below to see what I mean!

Paulie is a guitar-playing moos-ician who is hosting his very first seder and wants it to be just perfect. At the grocery store, he piles his cart with boxes of matzah, candles and lots of grape juice. But Paulie’s guests – a porcupine, bear, bunny and others – giggle and poke fun at his seder plate with its really big ostrich egg, saltwater with pepper, and pine cones rather than walnuts for the ceremonial charoset.

Kids will get in on the action when Paulie sets out to search for the hidden afikomen – until the basement door closes shut behind him. Paulie ingeniously solves the problem and later leads his friends in a rousing rendition of “Dayenu”; he is especially grateful for his freedom.  Jane Sutton’s playful story, enhanced by Barbara Vagnozzi’s brightly colored illustrations, captures the excitement of celebrating Passover with a tender touch that reinforces the importance of being kind to friends.