Last week I attended the book launch of a fun, original picture book by the prolific       Josh Funk. It’s called IT’S NOT JACK AND THE BEANSTALK. Because, well, it’s not. 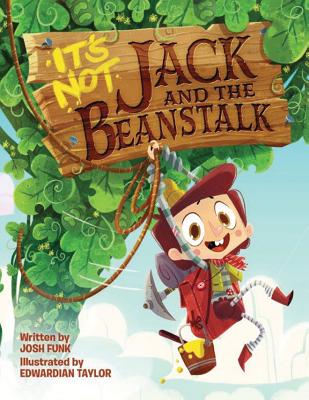 The narrator tries to tell the traditional story, but Jack objects to and changes each plot development. Clever and funny dialogue will make children and adults giggle. (Trust me…I was in the audience.) My favorite touch was the gentleness of the giant. He has no intention of eating his surprise beanstalk-climbing visitor; he’s a vegan!