As predicted in the previous post, I visited Newton Community Farm twice during the last 2 weeks, reading my picture books with animal characters and running games and crafts with groups of campers. The first week was great fun…

Reading What’s Up with This Chicken? to campers on a chilly supposed-to-be July day 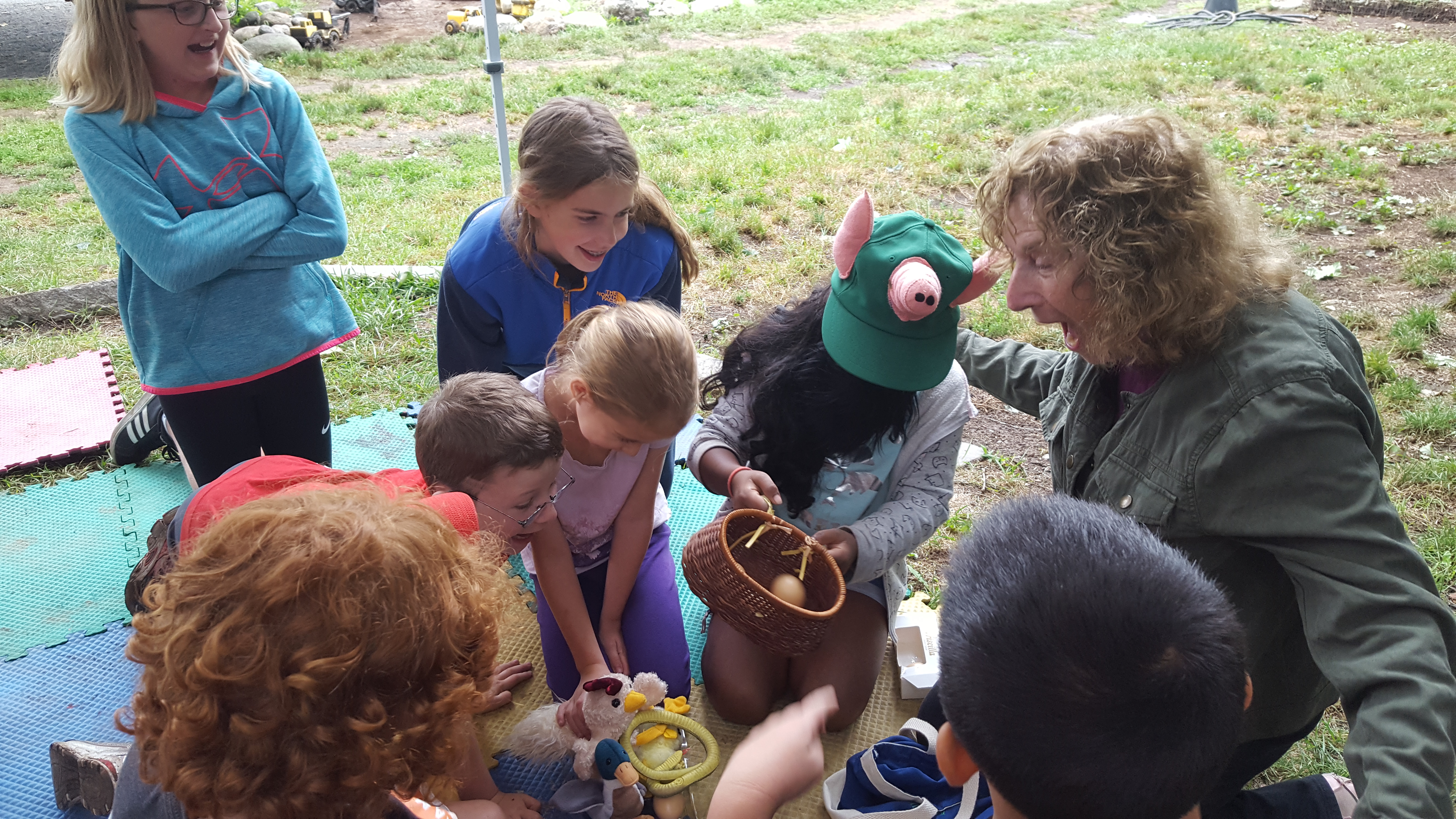 When we acted out the story, no one had more fun than I did!

On week 2, the weather was warmer, but that wasn’t the only thing that was different… 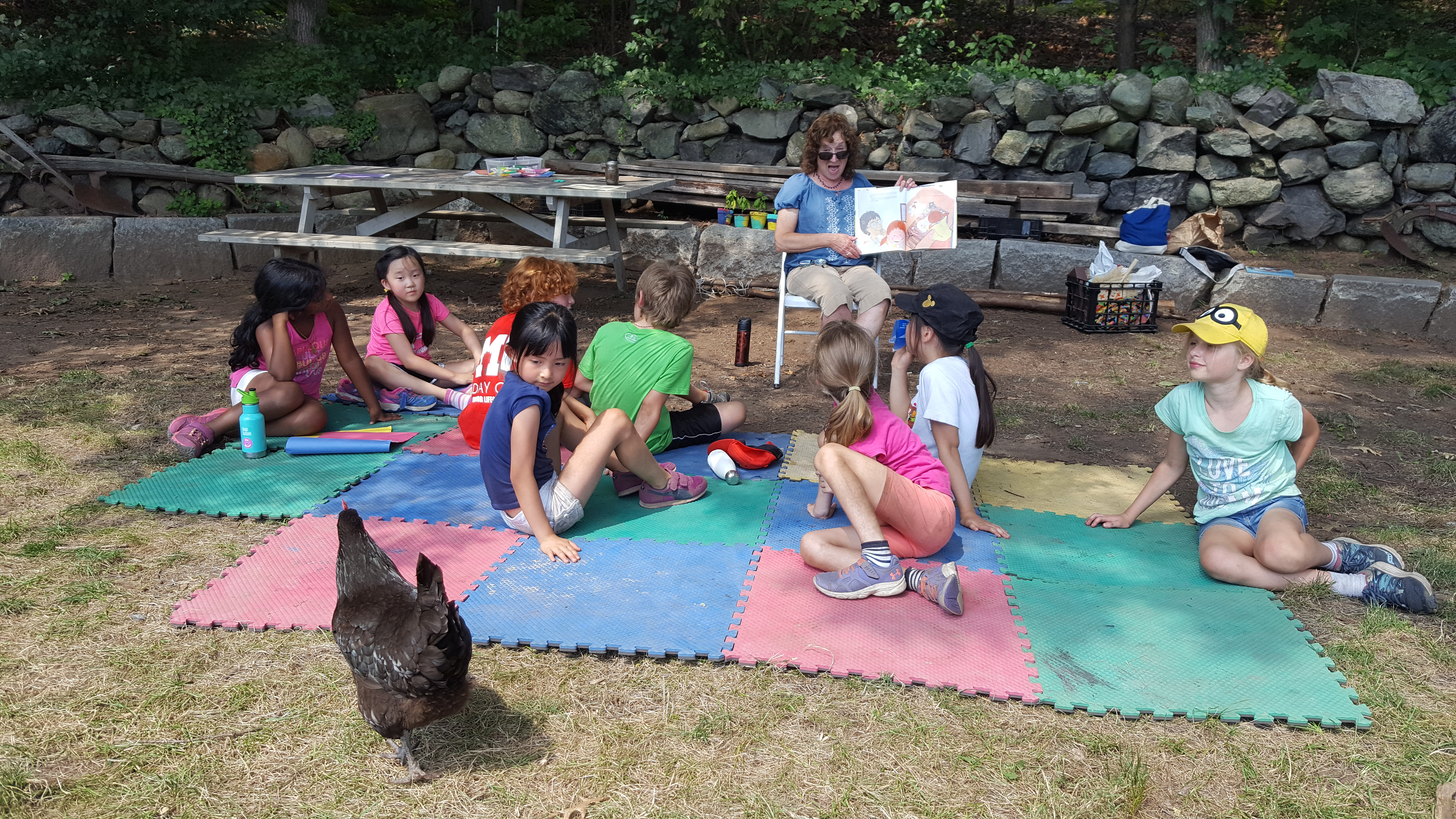 We had a surprise visitor join our group! 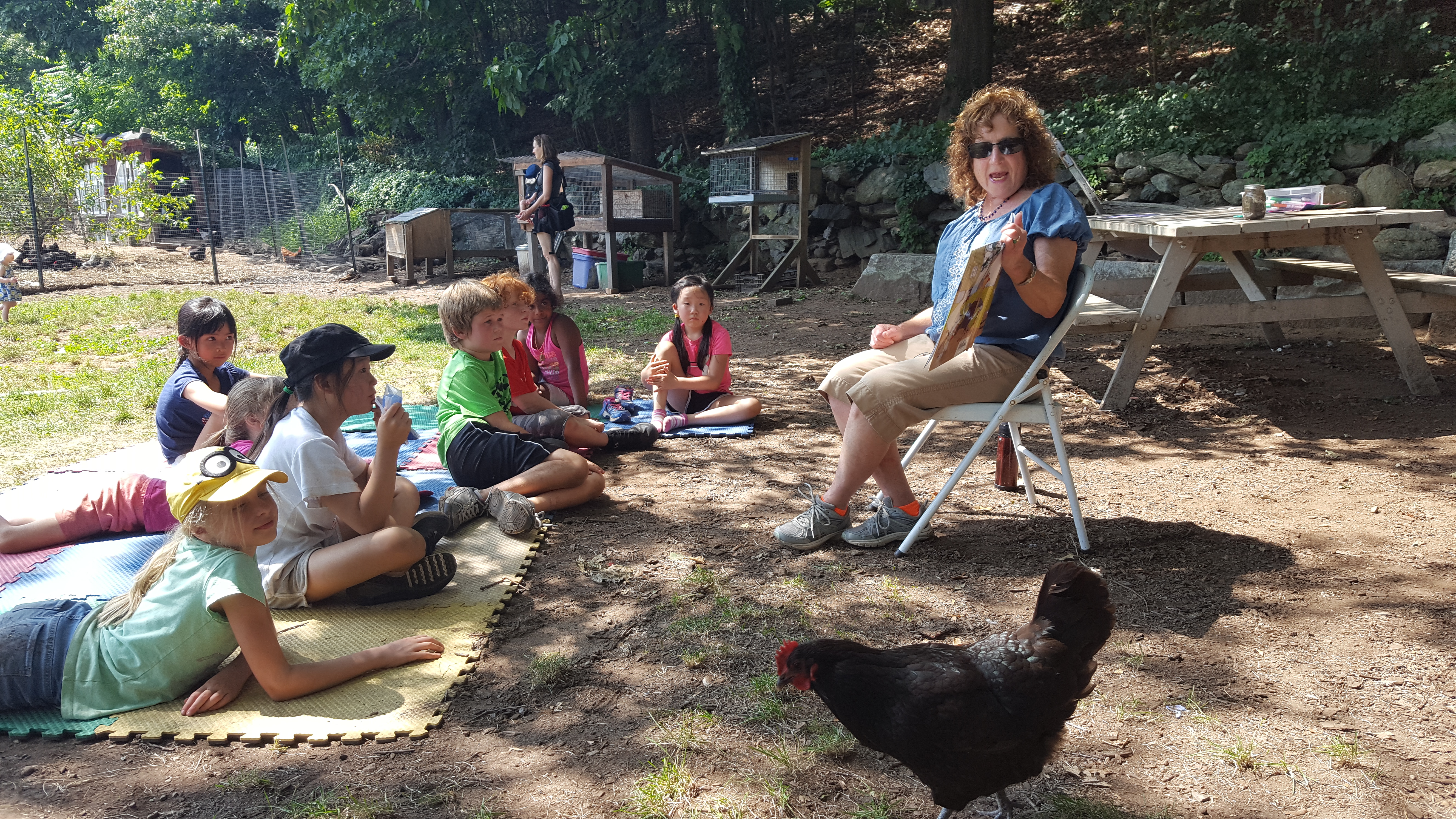 One of the chickens had escaped from her pen to listen to the chicken story! 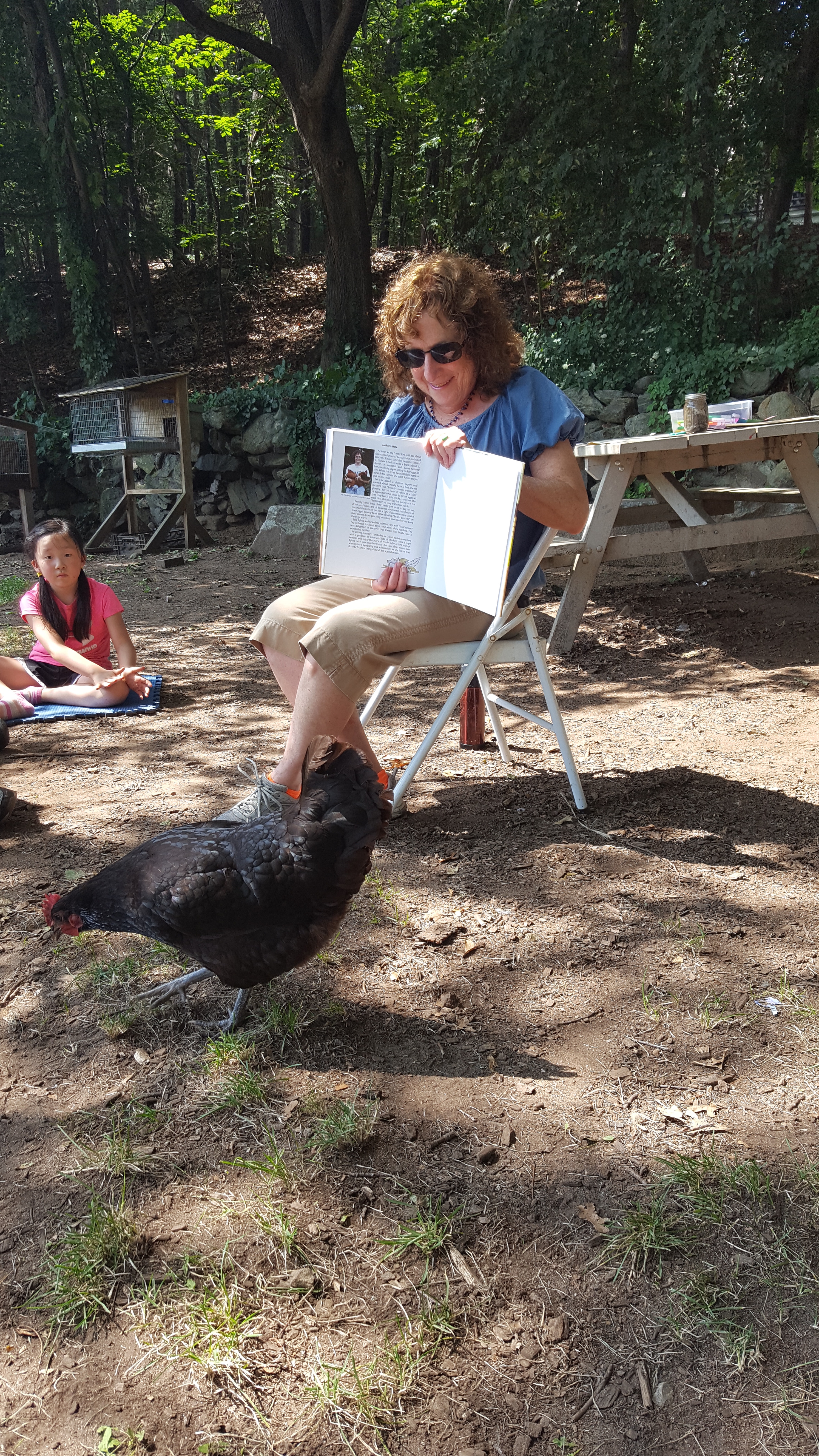 At times she acted coy, but I could tell she was interested in the plot.

I asked the campers if they named the farm chickens. “Yes,” they said.
“What’s this one’s name?” I asked.
“That’s Alfred,” one of the campers informed me.
The camp director whispered to me, “They’re all females.”

It was a super fun visit, plus I went home with fresh farm-grown lettuce and tomatoes and an idea for a new story!