Our next day in Blanding, Al and I were treated to a surprise trip, courtesy of young Me and the Krinkles co-playwright Ashley Berrett’s parents, Jared and Spring Berrett of Four Corners Adventures and Wild Rivers Expeditions! We had our own private guide, Louis Williams, who drove us to wild areas we could not have reached in our rental car.

Louis had a suggested itinerary but invited us to choose other places we wanted to see. We ended up driving and hiking in Bears Ears National Monument–a fascinating, gorgeous area that made us truly appreciate why it needs to be preserved, Valley of the Gods (wow!), and Goose Necks State Park (another wow!) 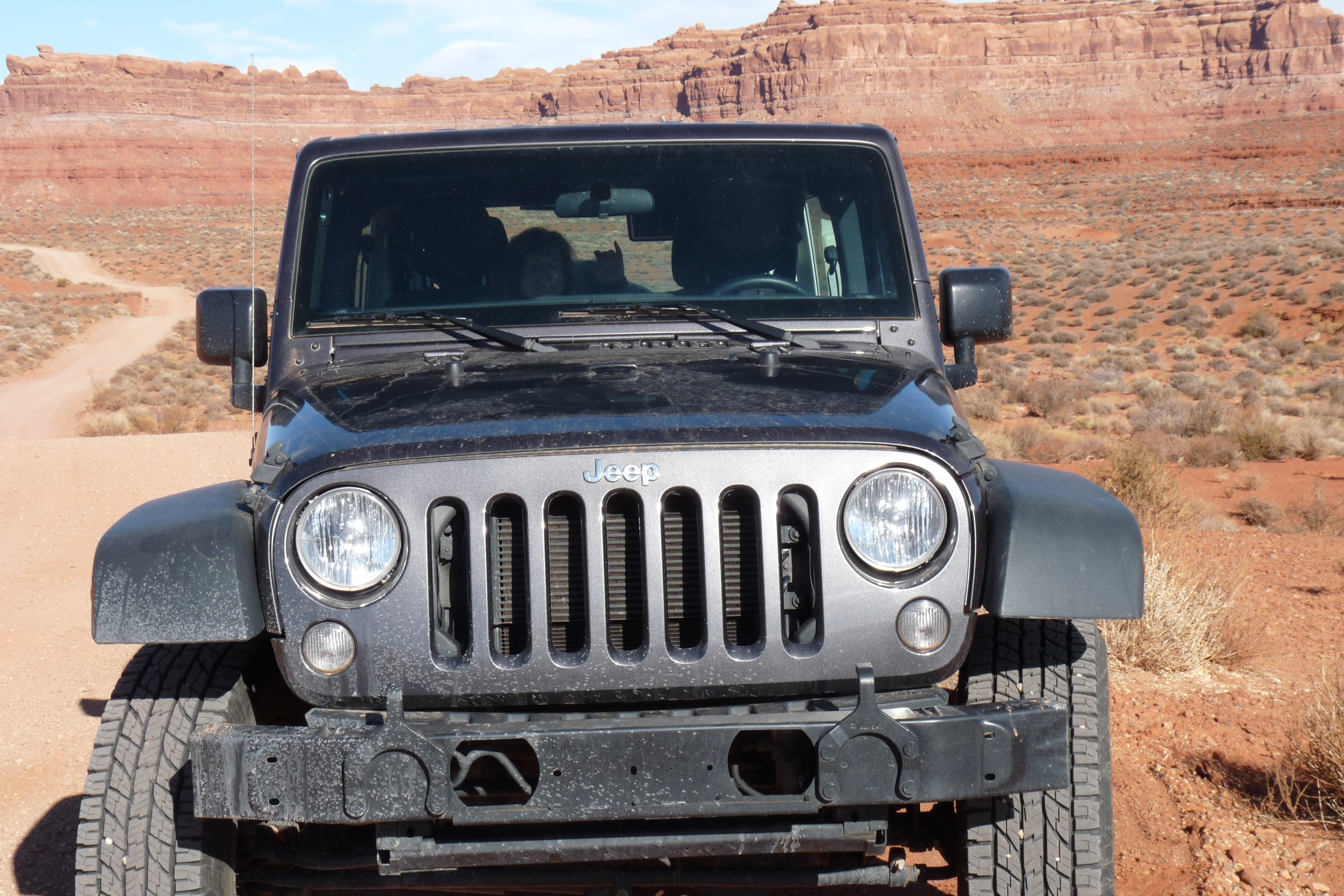 Jeep that took us on dirt roads we’d never have dared to drive our rental car! 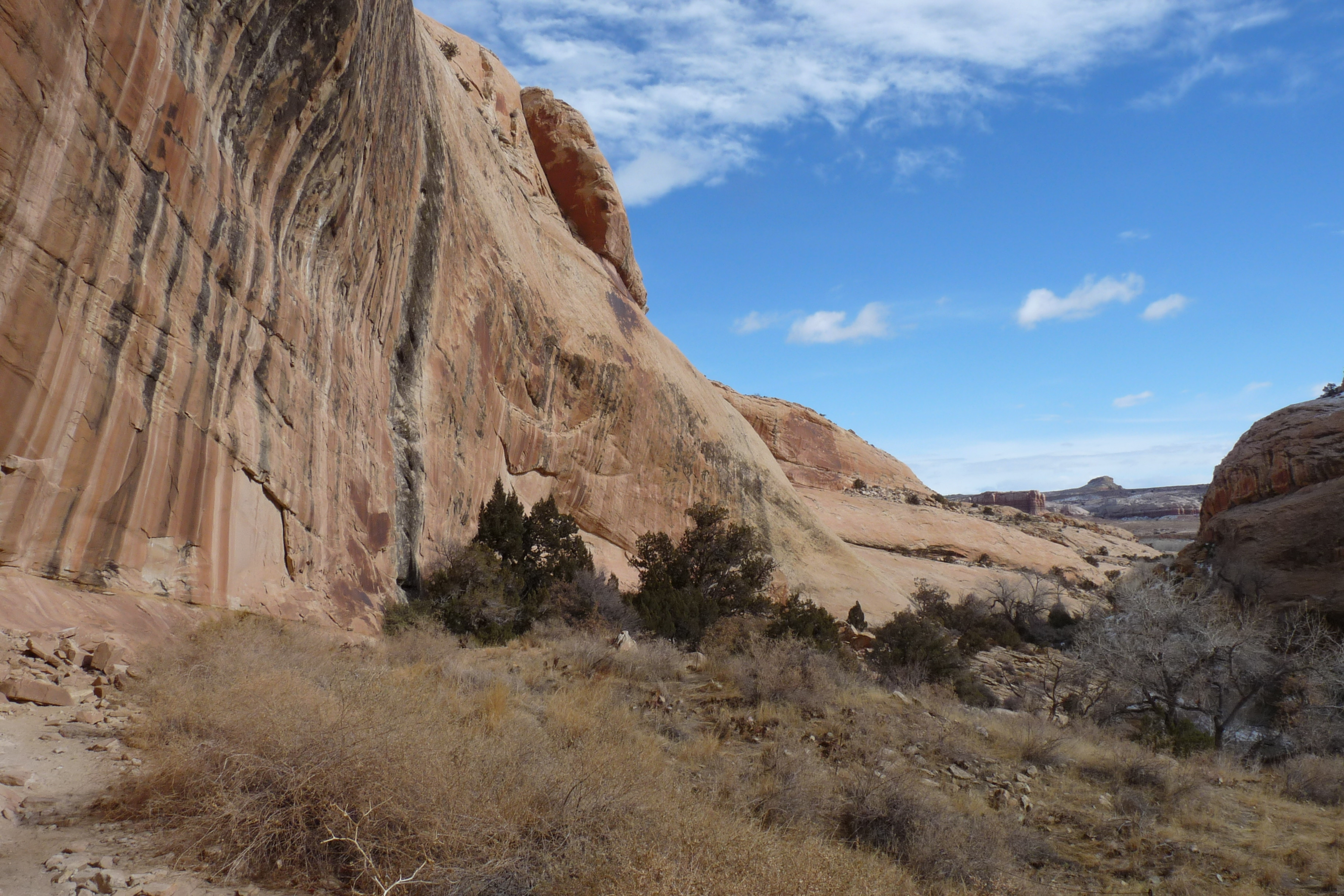 The end point of our hike was the fascinating cliff dwelling, Monarch Cave Ruin. Louis, Al and I were the only 3 people there! 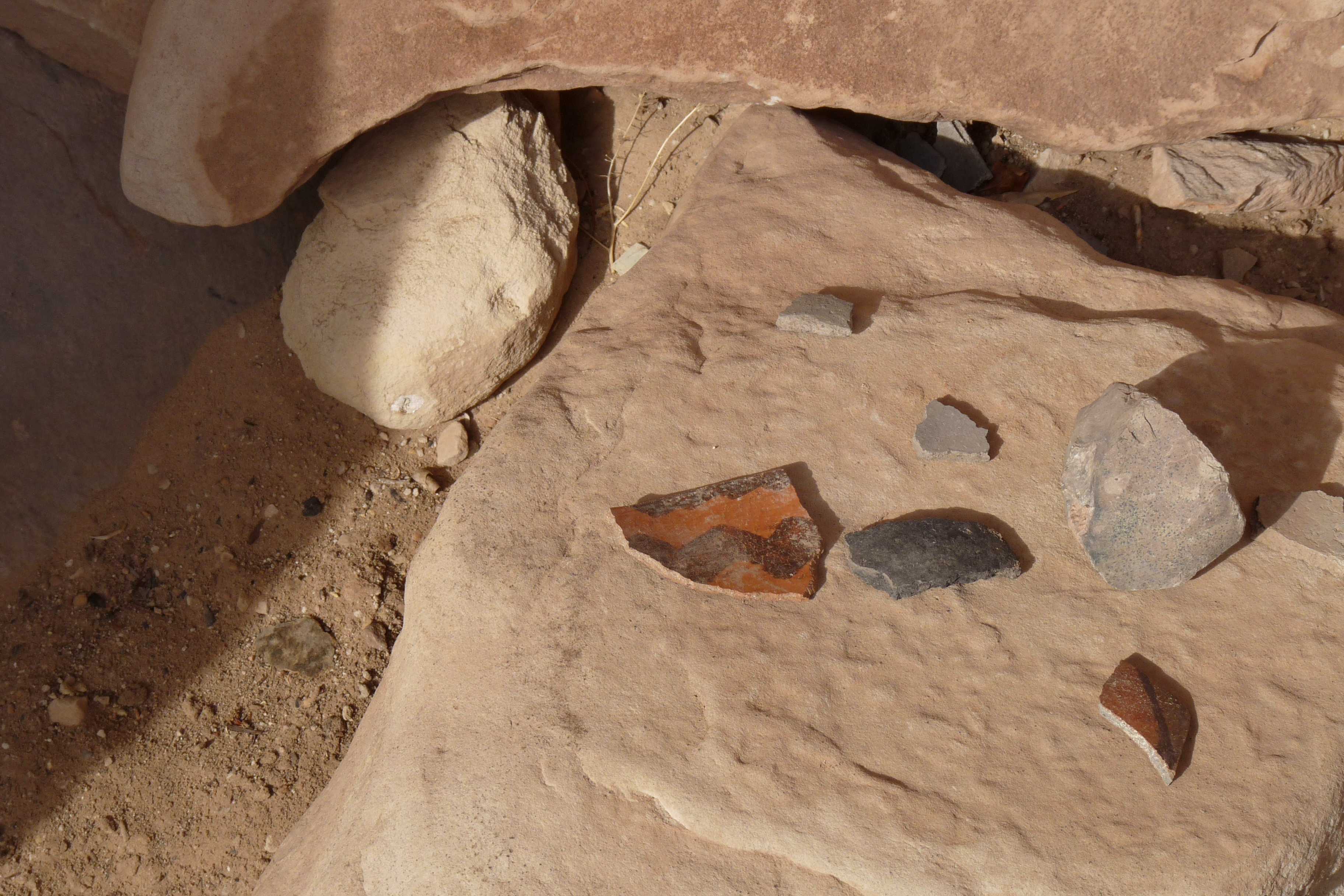 Many, many shards around the cliff dwelling, left by ancestral Pueblo people who once lived there 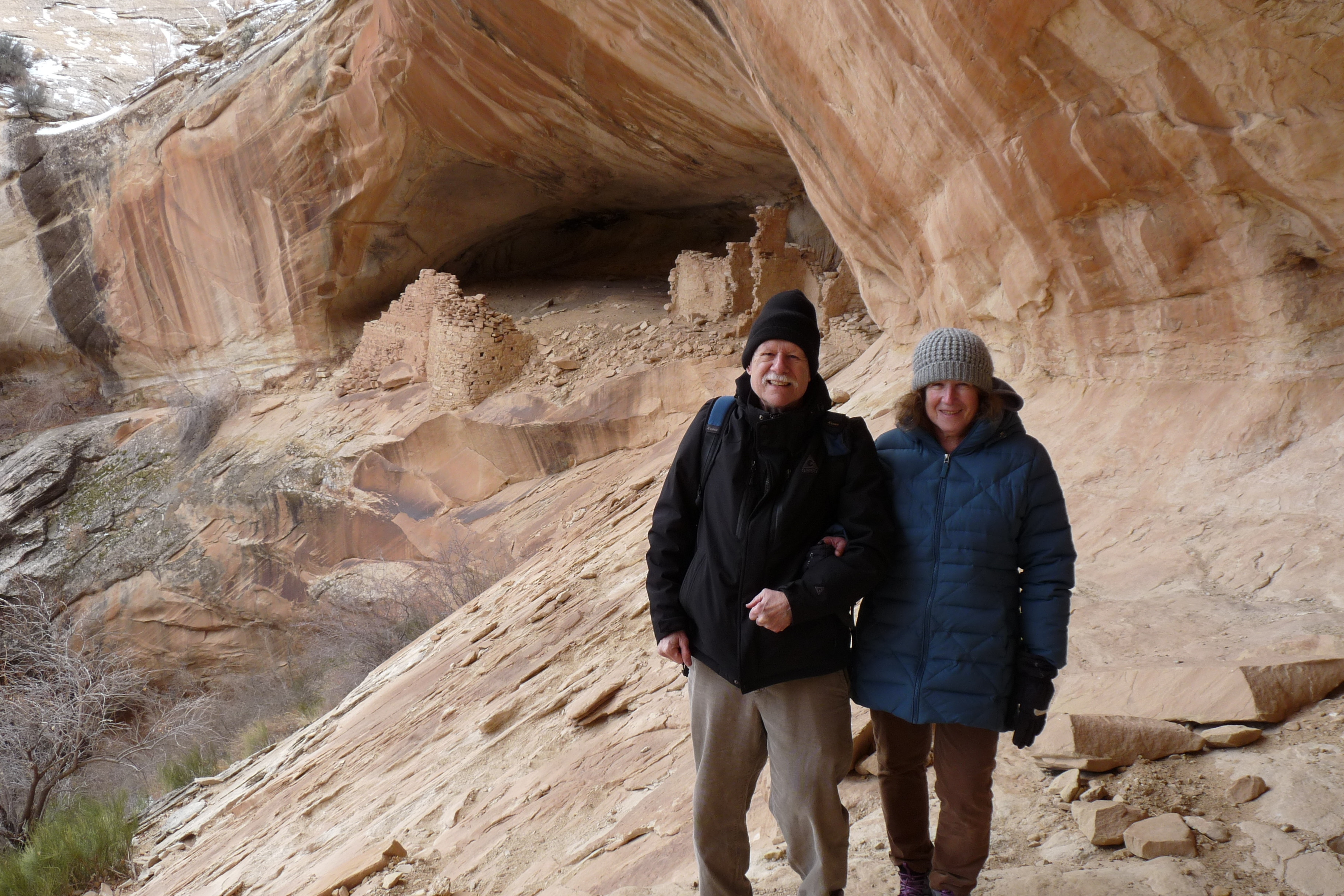 Al and I were thrilled to learn so much from Louis and to be in such an amazing place, just one of 100,000 archaeological sites in Bears Ears! 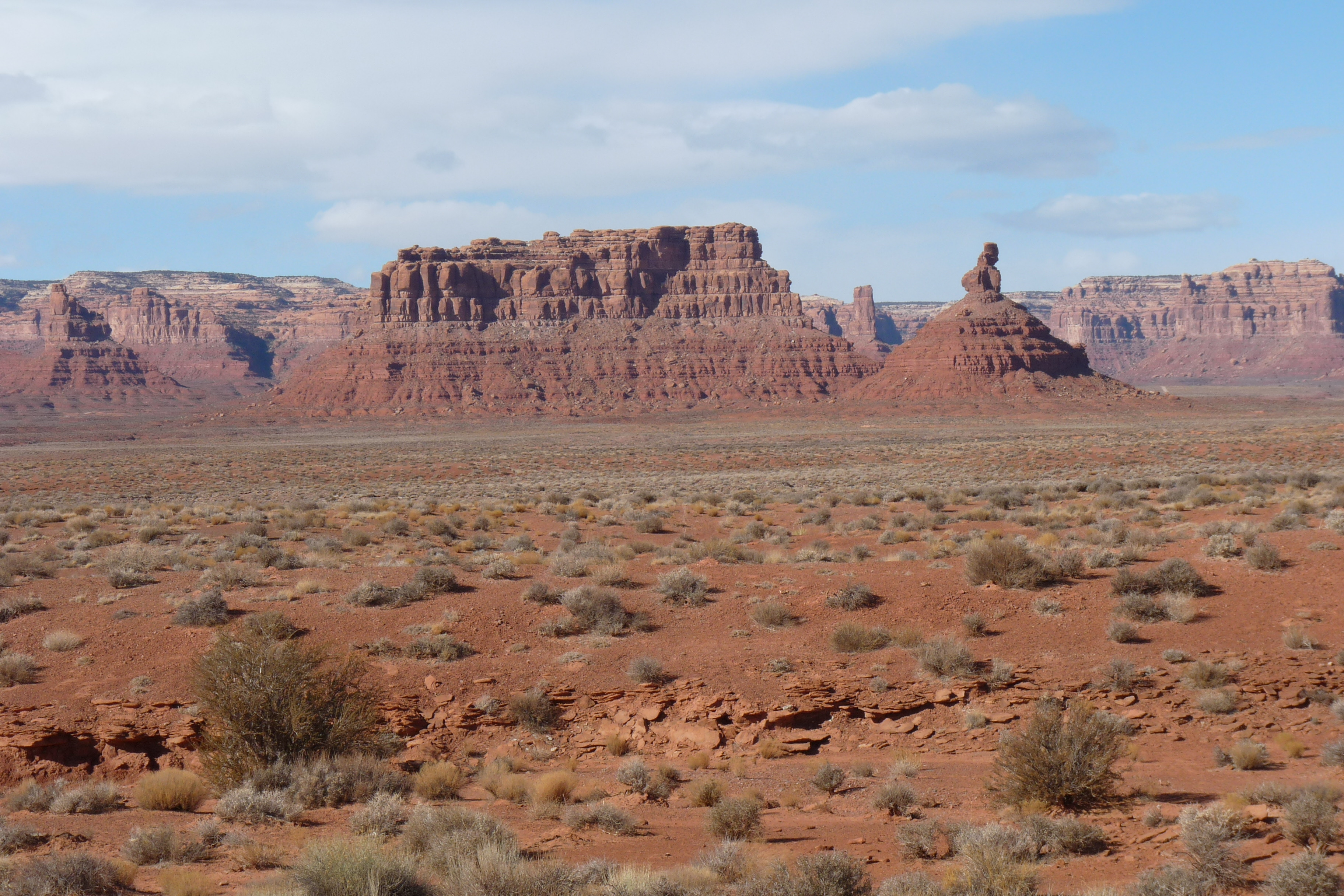 Our next stop was stunning Valley of the Gods, with its deep red rock formations, all Rorschach test-worthy, against a bright blue sky. In January, we had the vast area to ourselves! 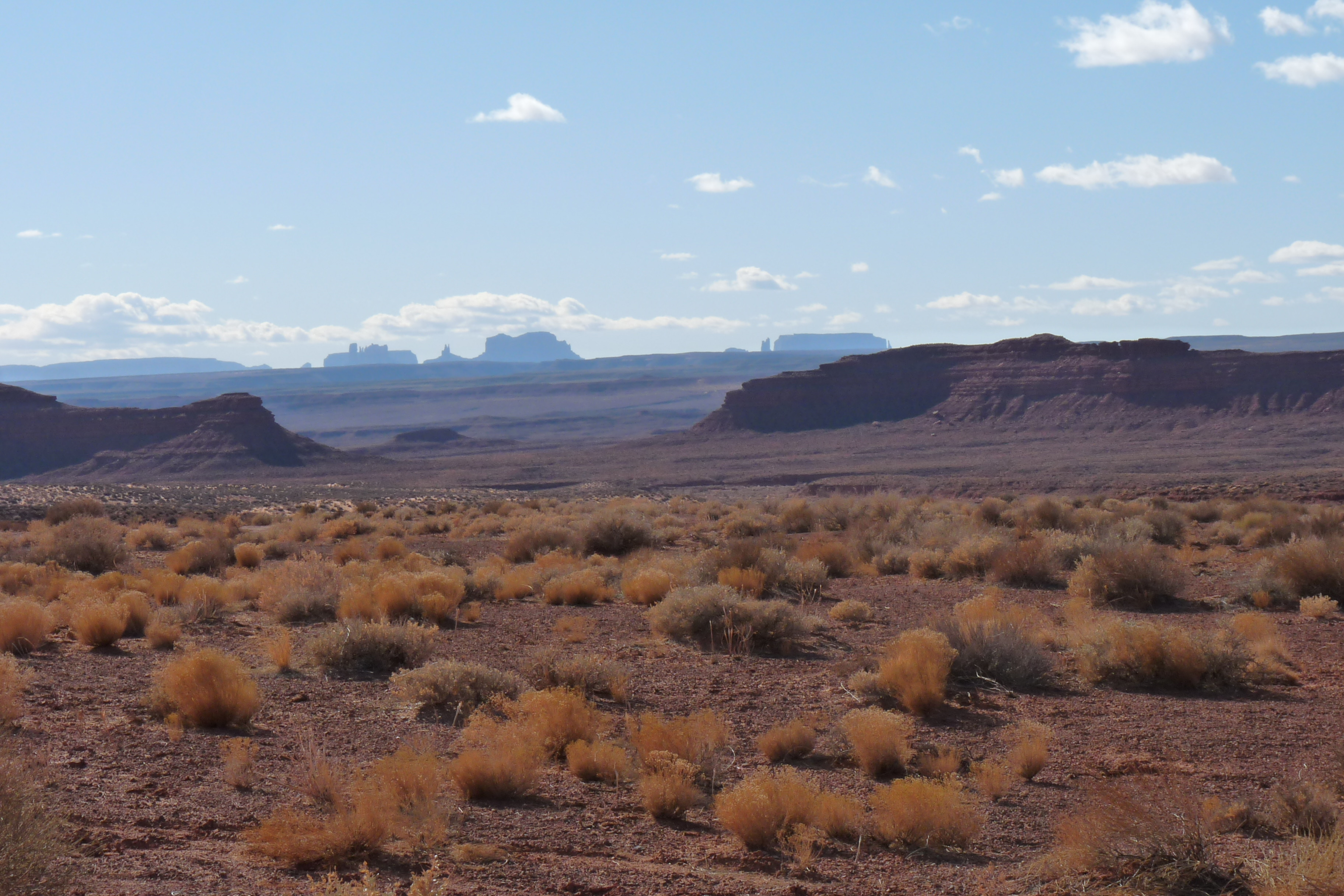 Views were vast. From Valley of the Gods, we could see Monument Valley in the distance. 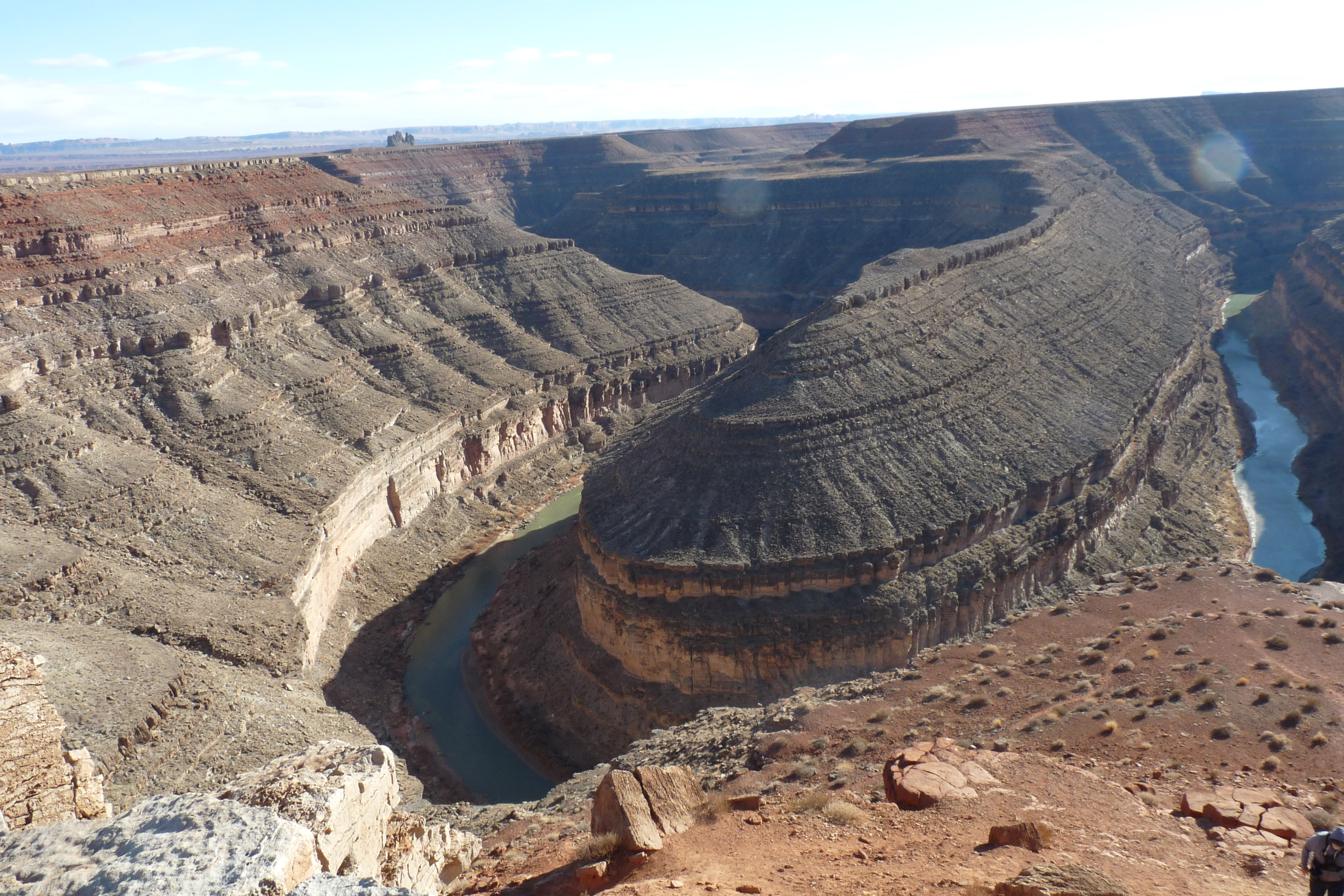 Our final stop on our tour was Goosenecks State Park, a highlight of our trip with our children back in 1994. It was as awesome as we remembered. So for the second time we got to ooh and aah from an overlook way above the meandering San Juan River.

The whole day of natural wonders left us sooooo glad we had made the journey to this corner of Utah. And that night held even more wonders…