Recently, I contributed to a lovely website called Storied Stuff, with short essays about a pictured treasured object. I’ve pasted mine below, about my beloved grandmother’s doll. Here’s the link. 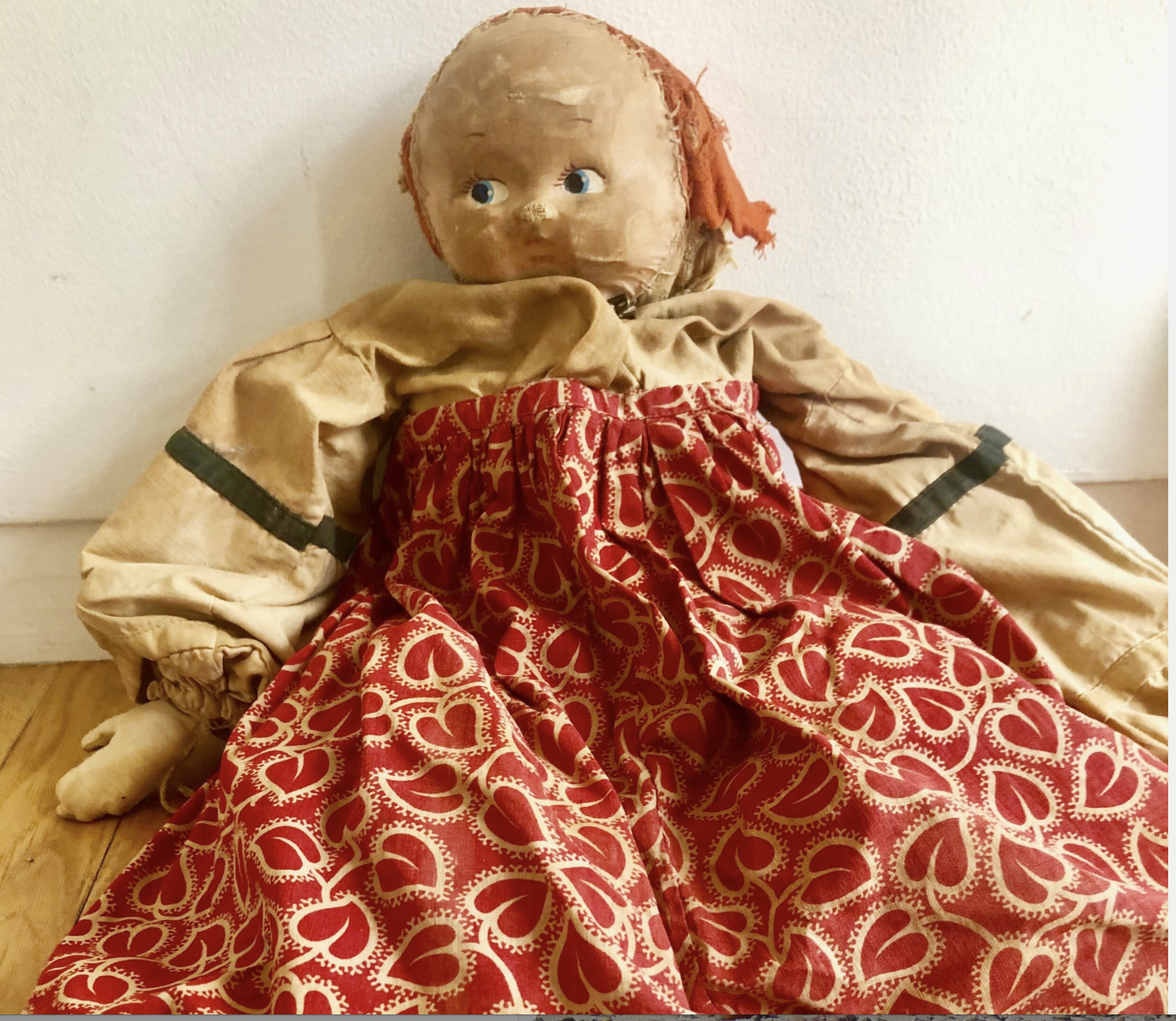 Marushka is about 130-years-old.

Years before the Russian Revolution, my maternal grandmother, Rebecca, schlepped this doll from Kiev to New York City. Grandma was smart, opinionated, and big-hearted. I was crazy about her and her cooking; she believed in copious butter. When she visited, I would wake up early and hurry to her pull-out loveseat. Nestled against her, I requested stories—how she survived smallpox as a baby, what my mother was like as a child, and my favorites: why she despised certain relatives.

But in Grandma’s eyes my sister and I could do no wrong. I once found an immersion coil on my father’s desk and plugged it in underneath, where it burned a hole in new carpeting. My father chided me, but Grandma chided him, claiming my scare had been enough punishment. She and I were passengers when my new driver sister missed an exit and began backing up on the Long Island Expressway. I shrieked, “You can’t do that!” and she abandoned her strategy before we got rear-ended.

At home my mother asked about my sister’s driving. “She drives beautiful,” Grandma reported.

Grandma died when I was 16. Her loss felt unbearable. In my recurrent dreams she was drowning and I saved her. In the daytime I might spot a white-haired lady with a certain gait and imagine, “Grandma’s alive, just living with another family.”

Grandma’s and my love for each other was warm and fierce.

Long before my daughter was born, I knew her name, Rebecca.

Jane Sutton is a children’s book author who lives in Lexington, MA, with her husband, not far from their grown children and 3 grandchildren who can do no wrong.